1920s is considered a time of bustling activities, hedonism and arts. Artists from around the world gather and share meals and drinks together - discussing their trade in Caberets. Absinthe at Hotel de la Coupole, carefully designed as one of those Parisian 1920's Caberet, pays homage to these artists - these titans of their craft. Absinthe's new bar bites menu takes inspiration and the name from this period - Les Années folles, in which, each dish represents one nation, and is inspired by an 1920s acclaimed artist from that nation. You will find comfort foods from all around the world, reflecting the myriad of countries represented in Paris at this time. The menu will not only satisfy the taste, but also take you on a visual adventure of contemporary arts.

Sit back, enjoy, and transport yourself to a bygone era... 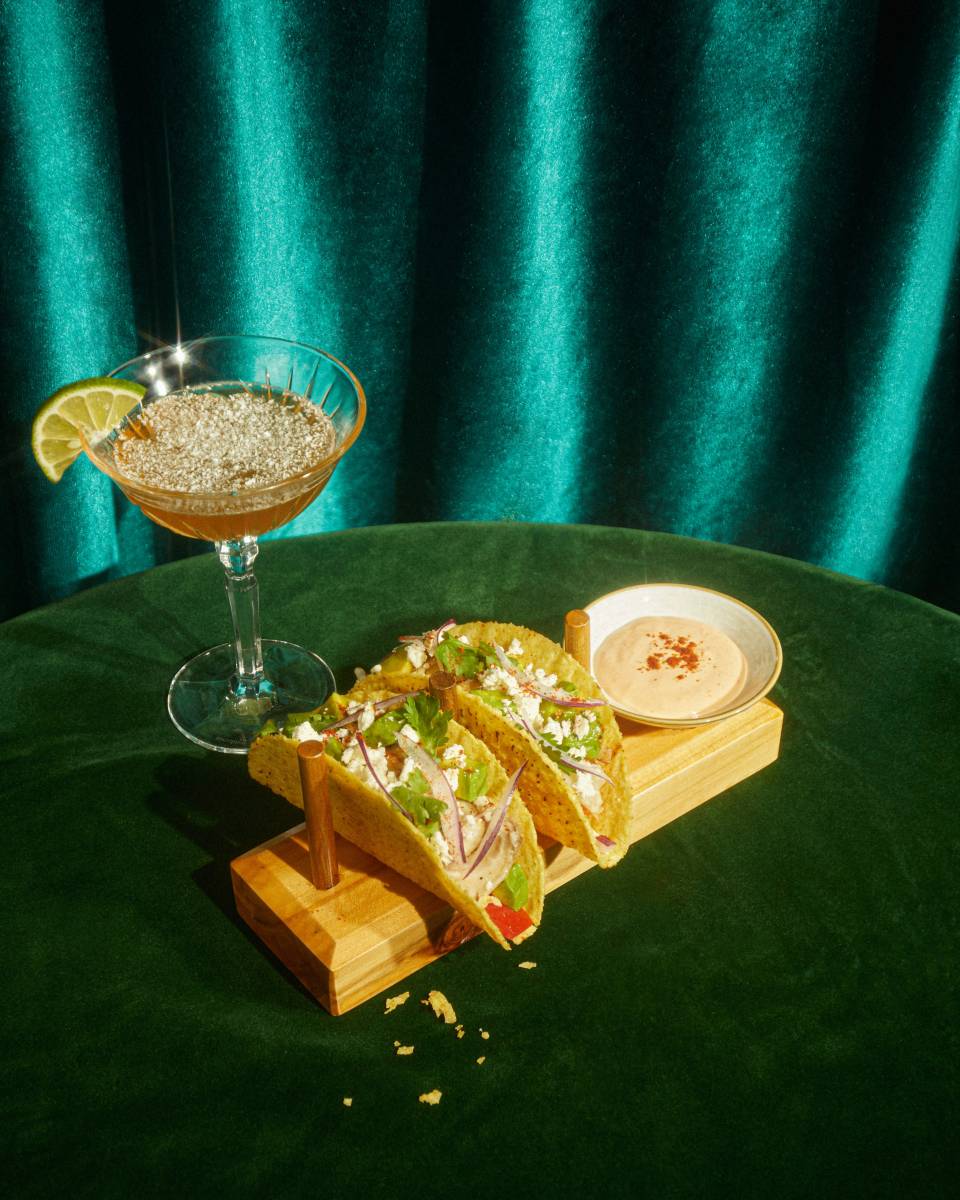 Magdalena Carmen Frida Kahlo y Calderón was a Mexican painter known for her many portraits, self-portraits, and works inspired by the nature and artifacts of Mexico. Her paintings often had strong autobiographical elements and mixed realism with fantasy. Kahlo has been described as a surrealist or magical realist, and is known for painting about her experience of chronic pain.

By the early 1990s, not only had she become a recognized figure in art history, but she was also regarded as an icon for Chicanos, the feminism movement, and the LGBTQ+ movement.

Although adopted by the Cal-Mex craze of recent years, the Fish Taco has its origin in many small towns along the Mexican coast. Traditionally served with Mahi-Mahi fillets, we have opted to use our succulent Atlantic Cod. ¡Buen provecho! 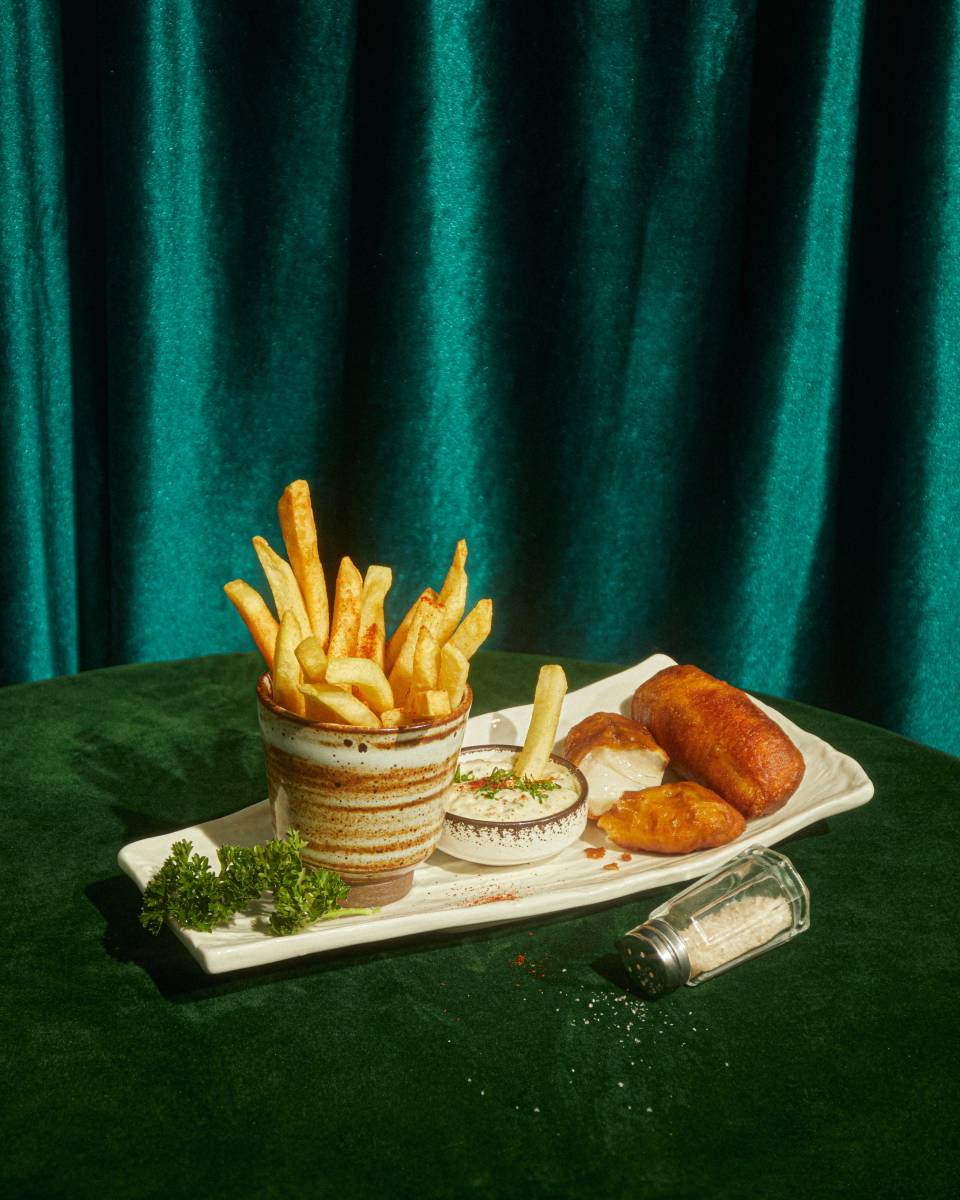 David Herbert Lawrence was an English writer and poet. His collected works mainly represent an extended reflection upon the dehumanising effects of modernity and industrialisation. Lawrence's writing explores issues such as sexuality, emotional health, vitality, spontaneity, and instinct.

Lawrence's opinions earned him many enemies and he endured official persecution, censorship, and misrepresentation of his creative work throughout the second half of his life, much of which he spent in a voluntary exile he called his "savage pilgrimage".

Is there a more closely identified dish to England than their own Fish and Chips? Traditionally, wrapped in yesterday's newspapers, the dish has in recent times "gone bourgeois" and become omnipresent in fine restaurants around the world. 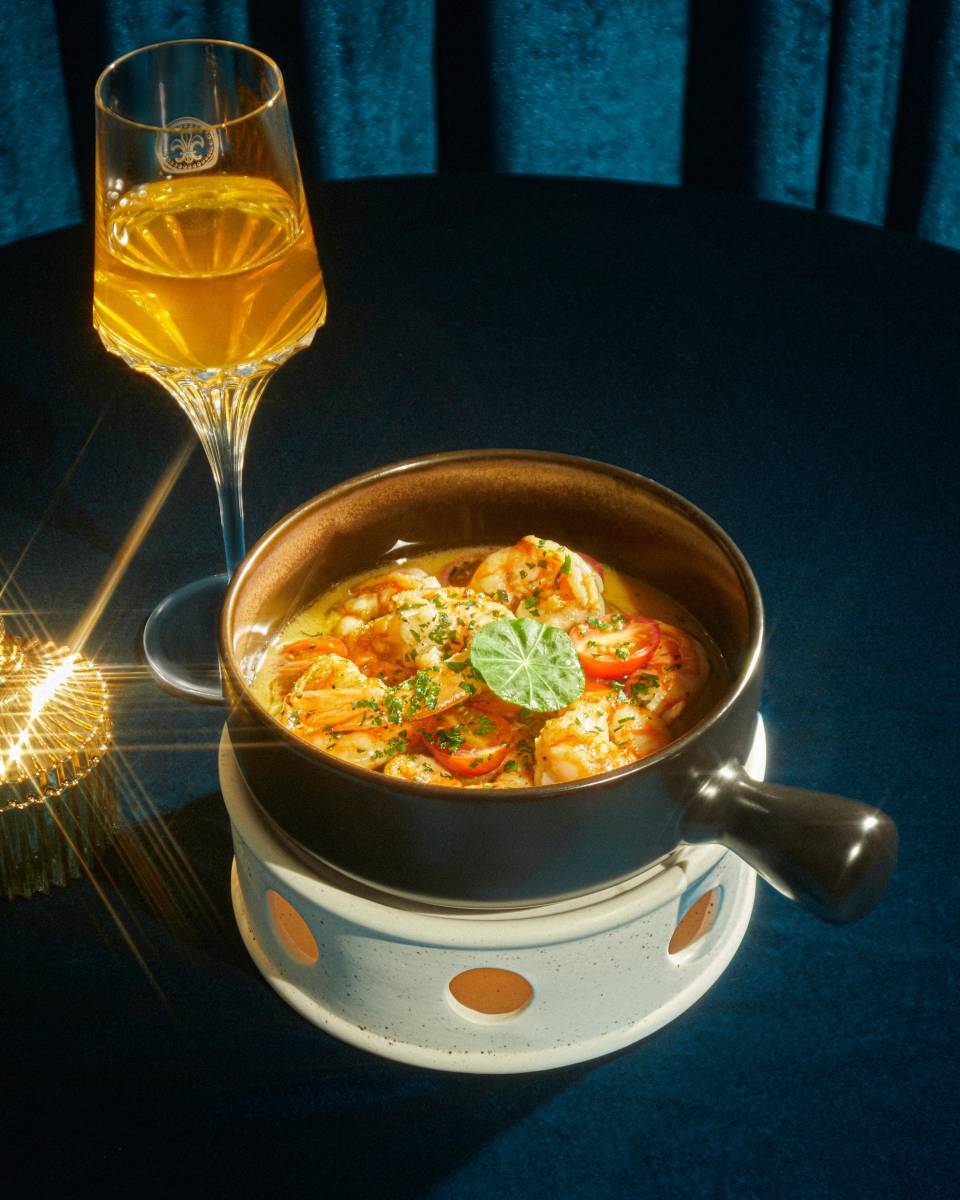 Salvador Domingo Felipe Jacinto Dalí i Domènech was a Spanish surrealist artist renowned for his technical skill, precise draftsmanship, and the striking and bizarre images in his work. He joined the surrealist group in 1929, soon becoming one of its leading exponents. His best-known work, The Persistence of Memory, was completed in August 1931, and is one of the most famous surrealist paintings.

A favourite in Tapas Bars all over Spain, Gambas Al Ajillo makes true the adage that "you really cannot have too much garlic". Make sure you take full advantage of using the provided bread to sop up the delicious sauce after. Do not worry about supposed manners, any Spaniard would tell you that it would be a crime NOT to! 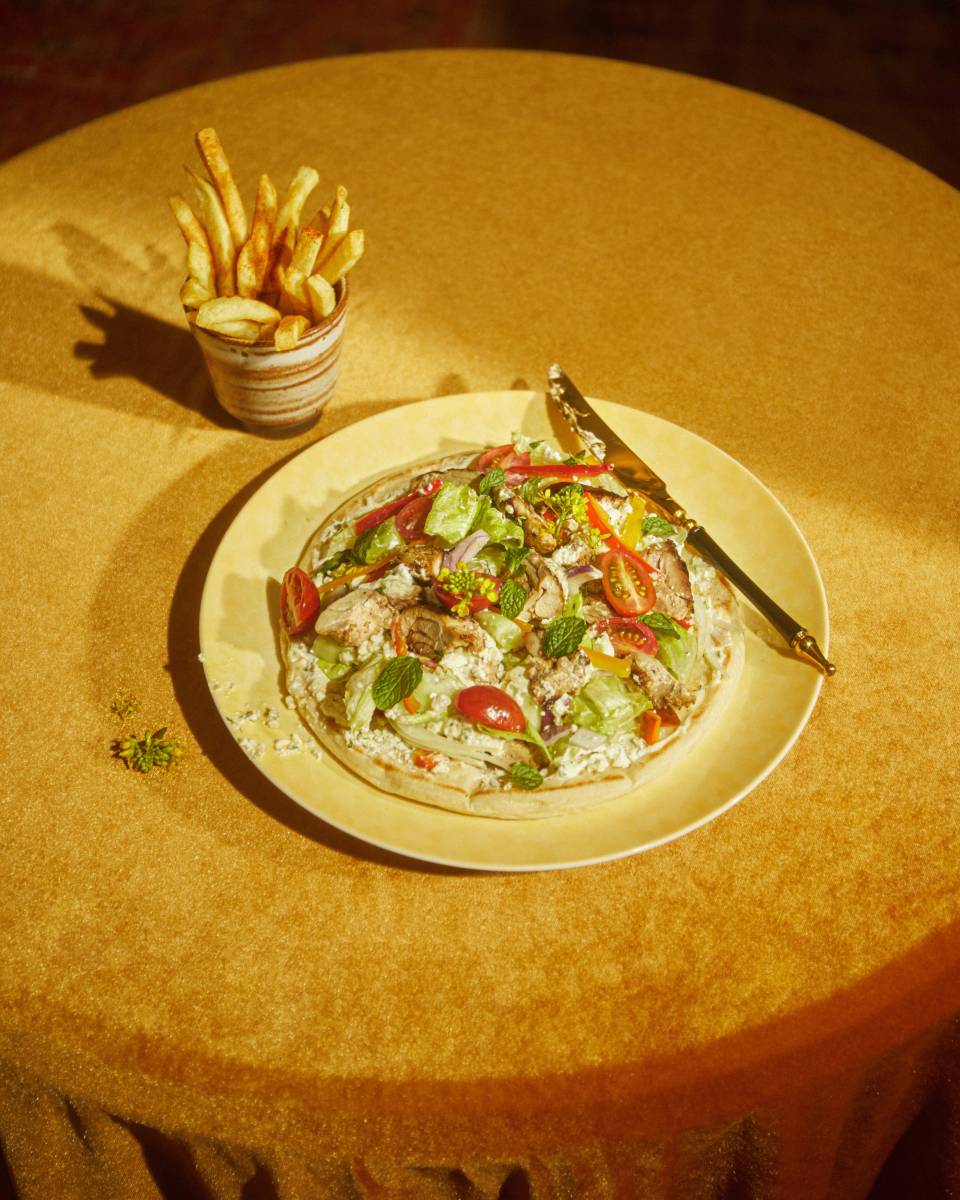 Omar Onsi was a pioneer of modern painting in Lebanon and Lebanon's most renowned impressionist painter. In 1928, Onsi went to Paris to continue his training and stayed for 3 years focusing on painting portraits, nudes and Parisian scenery. Later, he exhibited his work in Germany, Spain, Italy, and Egypt. Onsi is regarded as a pioneer, having laid the foundations for a modern arts movement in Lebanon. These artists established an originality and freedom of expression that had never before seen in Lebanon.

Kafta is the classic Lebanese Kebab made from ground meat. It is mildly spiced and has very finely chopped parsley and onions blended into the mixture. Spelled Kofta in other Middle Eastern countries, Kafta is inspired by the classic Lebanese preparation. A century-old dish from Persia, enhanced with an assortment of delectable spices, the dish makes for a perfect snack with a glass of red wine. 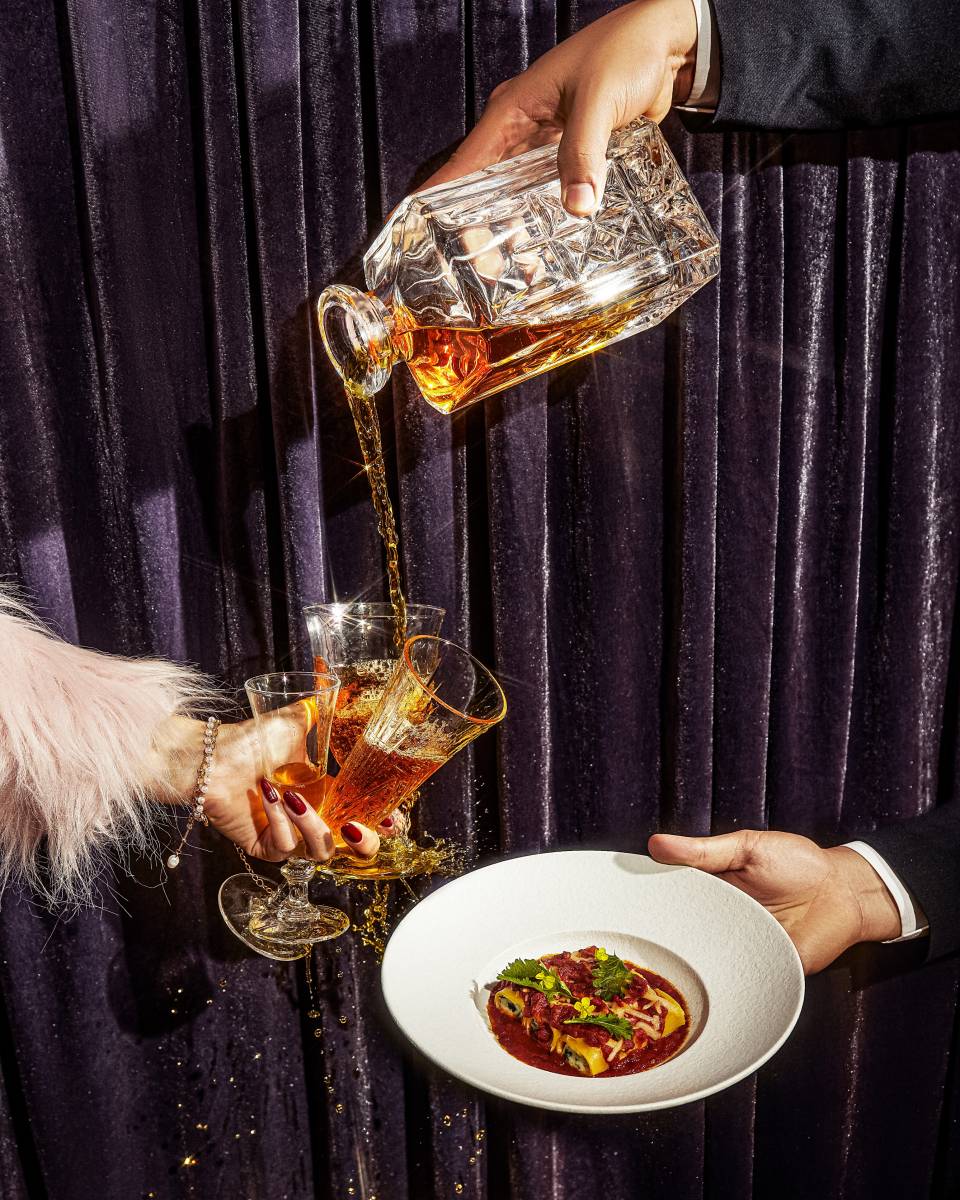 Modigliani was an Italian painter and sculptor who is known for portraits and nudes in a modern style characterised by a surreal elongation. After spending his youth with the study of art of antiquity and the Renaissance, in 1906, he moved to Paris, where he came into contact with other artists. Modigliani's oeuvre includes paintings and drawings, then he devoted himself mainly to sculpture. His main subject was portraits and full figures, both in the images and in the sculptures. Unfortunately, those figures, though later become much sought-after, were not received well during his lifetime.

A delectable vegetarian pasta dish from the Emilia-Romagna region in Northern Italy. A close observer will notice that the dish is topped with Parmesan - or Parmigiano Reggiano - another example of the rich ingredients produced by this region. 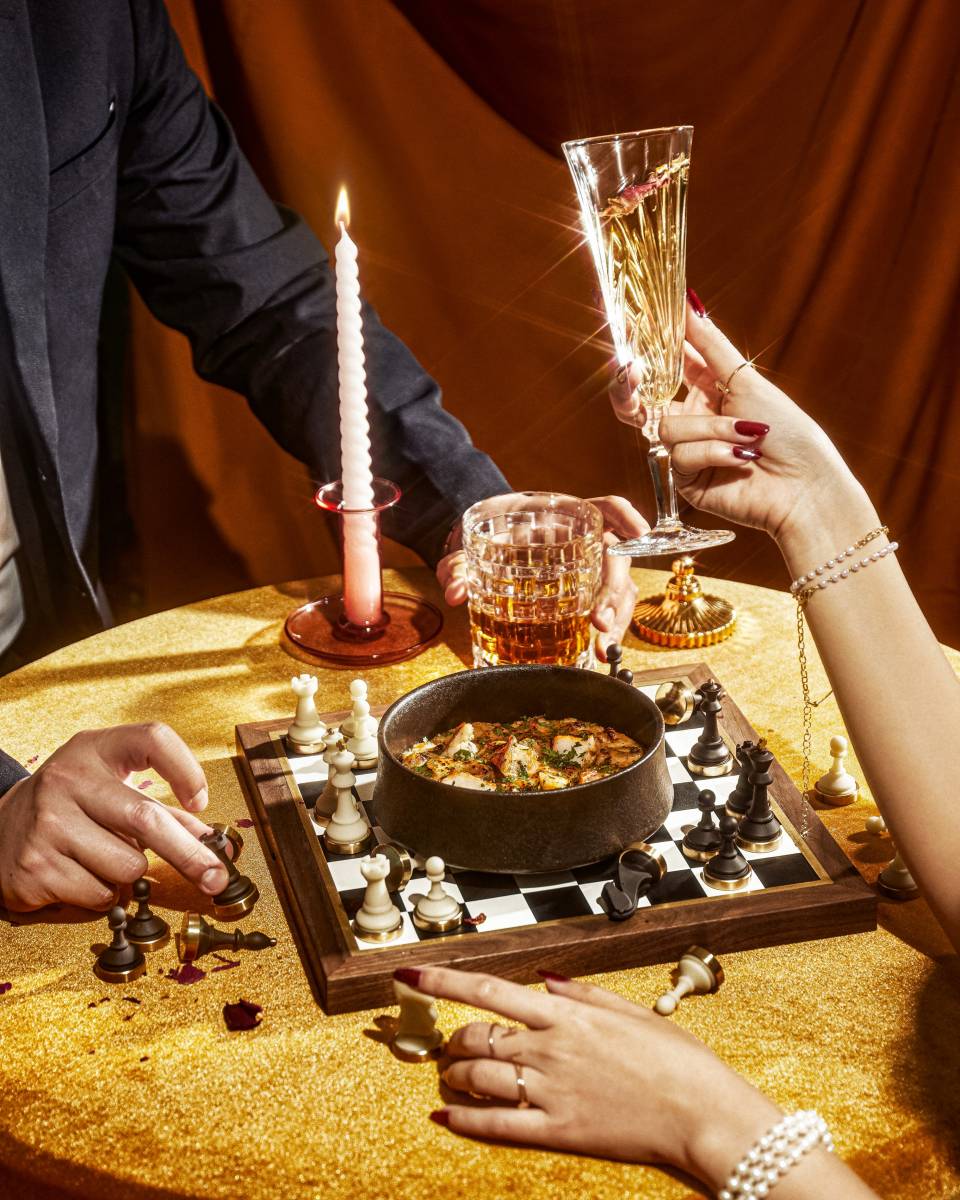 Ernest Miller Hemingway was an American novelist, short-story writer, journalist, and sportsman. His economical and understated style - which he termed 'the iceberg theory' - had a strong influence on 20th-century fiction, while his adventurous lifestyle and his public image brought him admiration from later generations. He was awarded the 1954 Nobel Prize in Literature. Many of his works are considered classics of American literature. In 1921, he moved to Paris where he worked as a foreign correspondent and fell under the influence of the modernist writers and artists of the 1920' "Lost Generation" expatriate community.

We wondered whether two Macaroni and Cheese type dishes might be overkill, however when we tasted this dish we knew we had to make room. 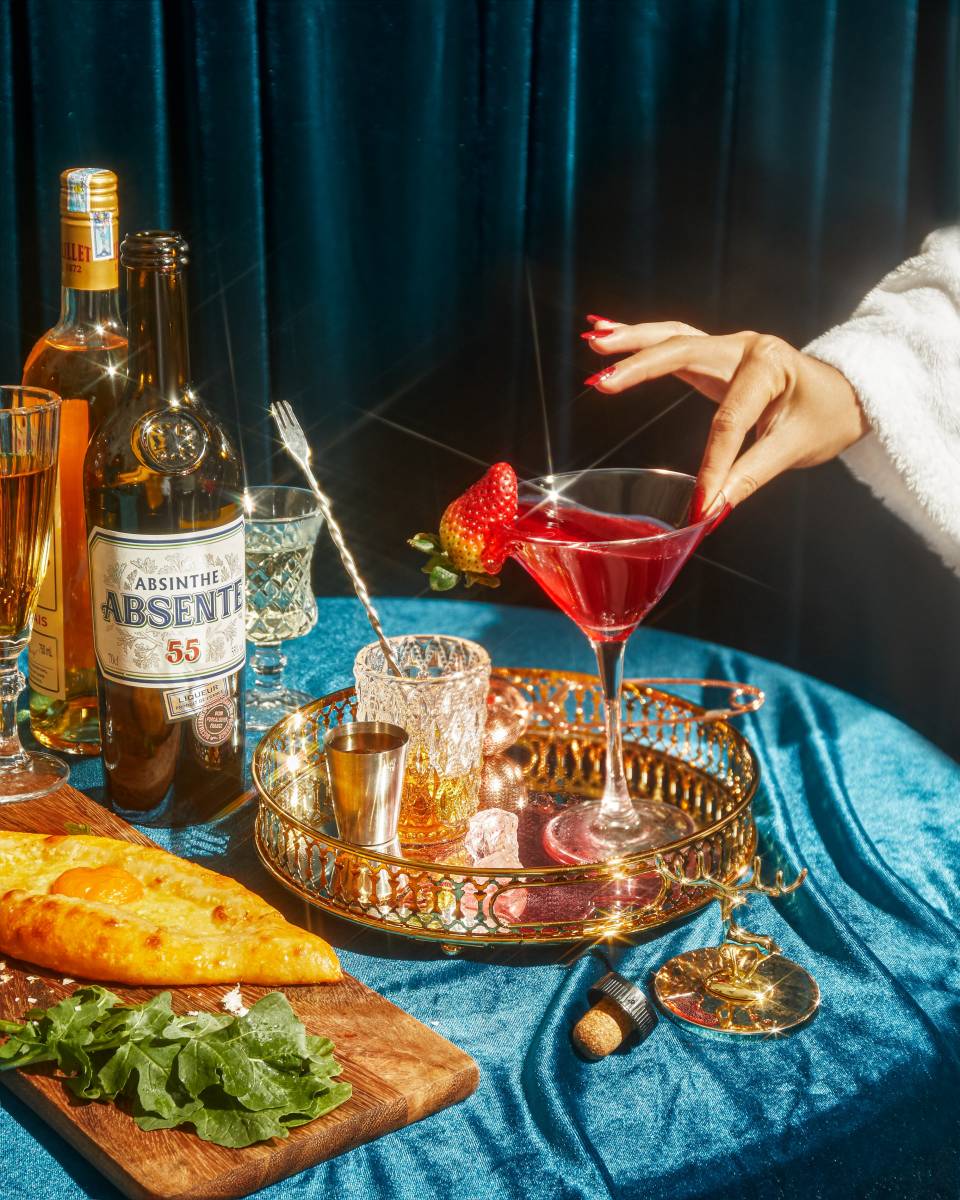 Elene Akhvlediani was a 20th-century Georgian painter, graphic artist, and theater decorator. Akhvlediani is famous for her depictions of Georgian towns, for her illustrations and for designing plays. Worked with the most prestigious theatres in Tbilisi, Moscow, Kiev and Leningrad, etc, she in total made the stage designs for 70 plays. In 1950s, she began working in cinematography as an art director.

Khachapuri, like many historical dishes is positively dripping with legend and myth. Thought to have originated from the Laz people of Georgia, this minority were closely associated with the water, and many made their way through life as sailors. Khachapuri itself is said to represent a boat (the bread), the sea (the cheese), and the sun (the egg). Whether that is true or not, who are we to say, we can only assure you it is delicious.